A Beloved Tradition For Nearly 50 years…

“La Virgen del Tepeyac” dramatizes the four apparitions of the Virgin of Guadalupe to Juan Diego on the hill of Tepeyac outside Mexico City in 1531. The play climaxes with the miracle of the roses that sealed the conversion of pre-Columbian Mexico to Christianity. The appearance of the Virgen de Guadalupe stands as a beacon, a shining ray of light and hope, across the centuries of darkness and injustice, for the natives of the Americas. This Christmas pageant was adapted from a four-character liturgical drama written by an anonymous Spanish monk in the 18th Century. Luis Valdez reworked the original story to include new characters and scenes, and also introduced music and dance. Importantly, the piece includes Aztec song and dance, adding complex layers to this pageant which embraces both Catholic and Indigenous rituals. As El Teatro Campesino’s longest running play, it is cherished by audience members who come from all around the world to see it performed every other year since 1971 in concert with “La Pastorela.” 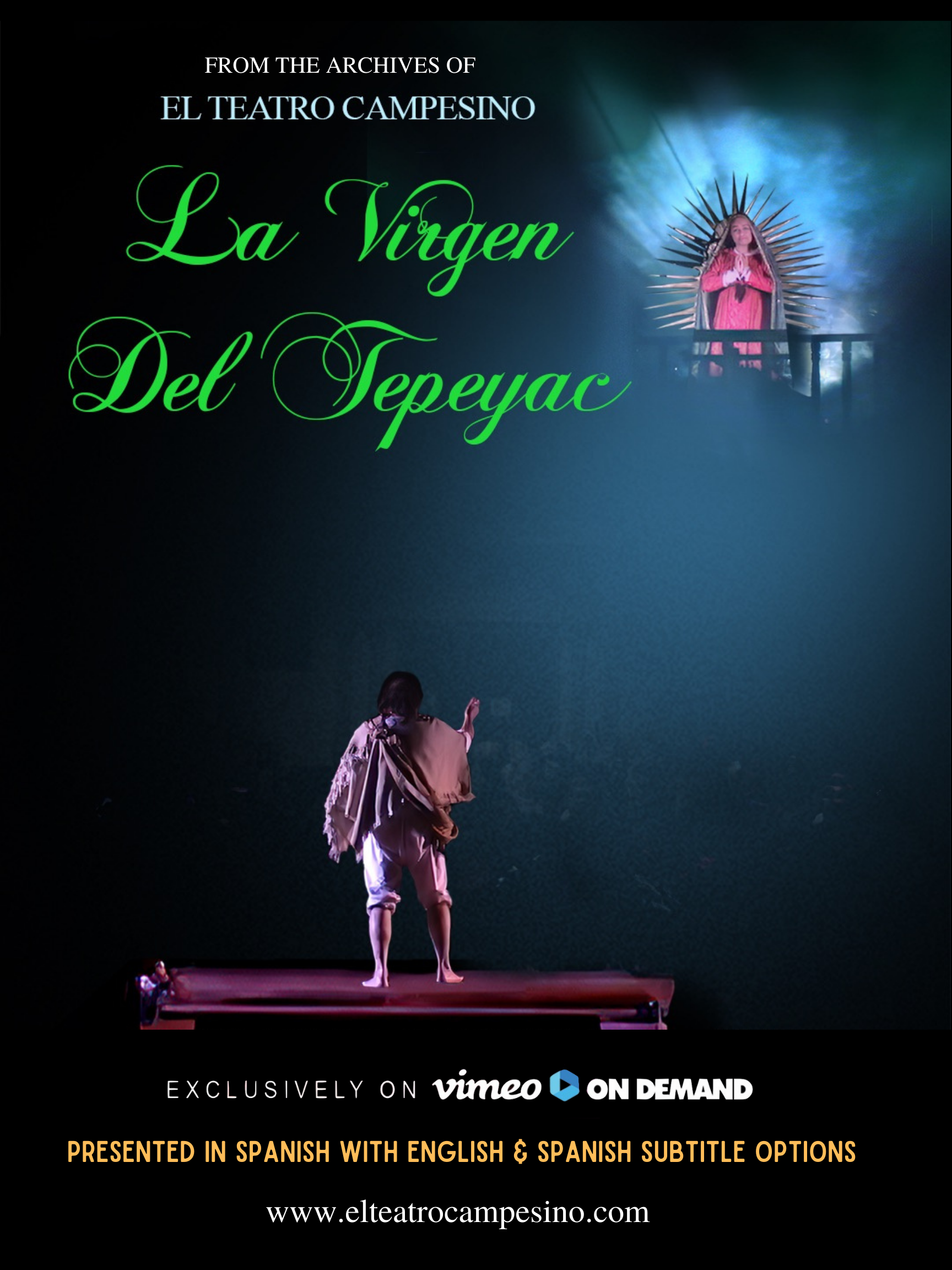 at your convenience with a 48 hr rental period!

Thank you to our 2020 Radio Broadcast Partners: 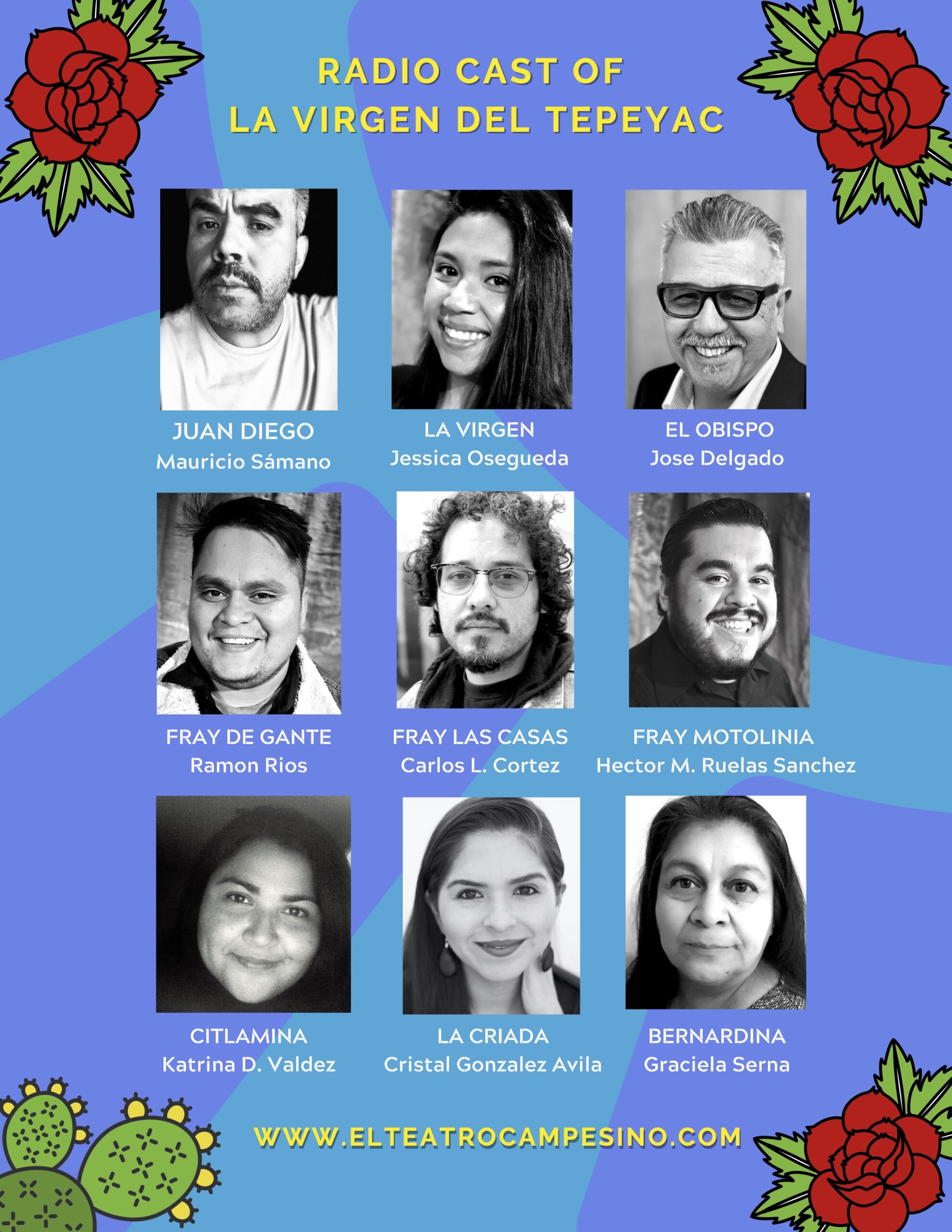 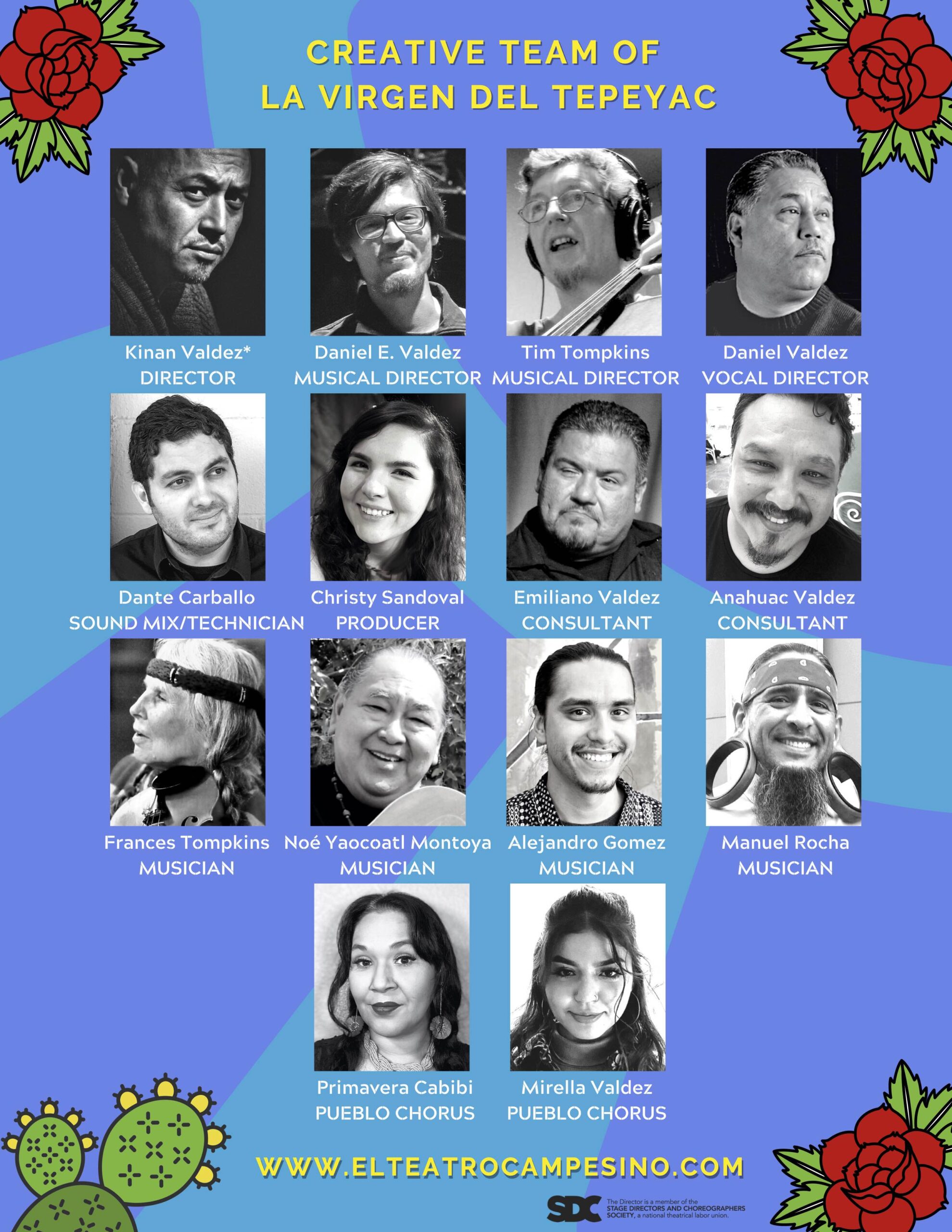 LISTEN TO THE RADIO PRODUCTION BELOW