A Beloved Tradition For Over 45 years…

Pastorelas, or Shepherds Plays, originated in medieval Europe as religious dramas and were later brought to the “new world” and Alta California by the Spanish missionaries. “La Pastorela” recreates the long trek of those first pastores to the holy site of the Nativity. The Lucifer character or Luzbel and his demons attempt to thwart the shepherds from reaching Bethlehem and the Holy Manger. However, in a dynamic clash of good against evil, San Miguel, the Archangel, and an army of angels overpower the demonic powers of Luzbel and the shepherds are at last free to complete their journey. An adaptation of “La Pastorela” based on a traditional version from San Luis Potosi in Mexico was originally created in 1975 by Luis Valdez and premiered first as a puppet show. The original script was provided by Longina Montoya of Hollister, CA. The play was later transformed into a street theater spectacle from 1977-79 before settling as a play performed inside Mission San Juan Bautista. In 1991, it was adapted into a film starring Linda Ronstadt and Cheech Marin, becoming El Teatro Campesino’s first feature length film, and in 2019 “La Pastorela” was performed inside the ETC Playhouse for the first time. “La Pastorela” has been performed in San Juan Bautista biannually during the holiday season, alternating with “La Virgen del Tepeyac” – making these holiday productions ETC’s longest running tradition.

From the ETC Archives 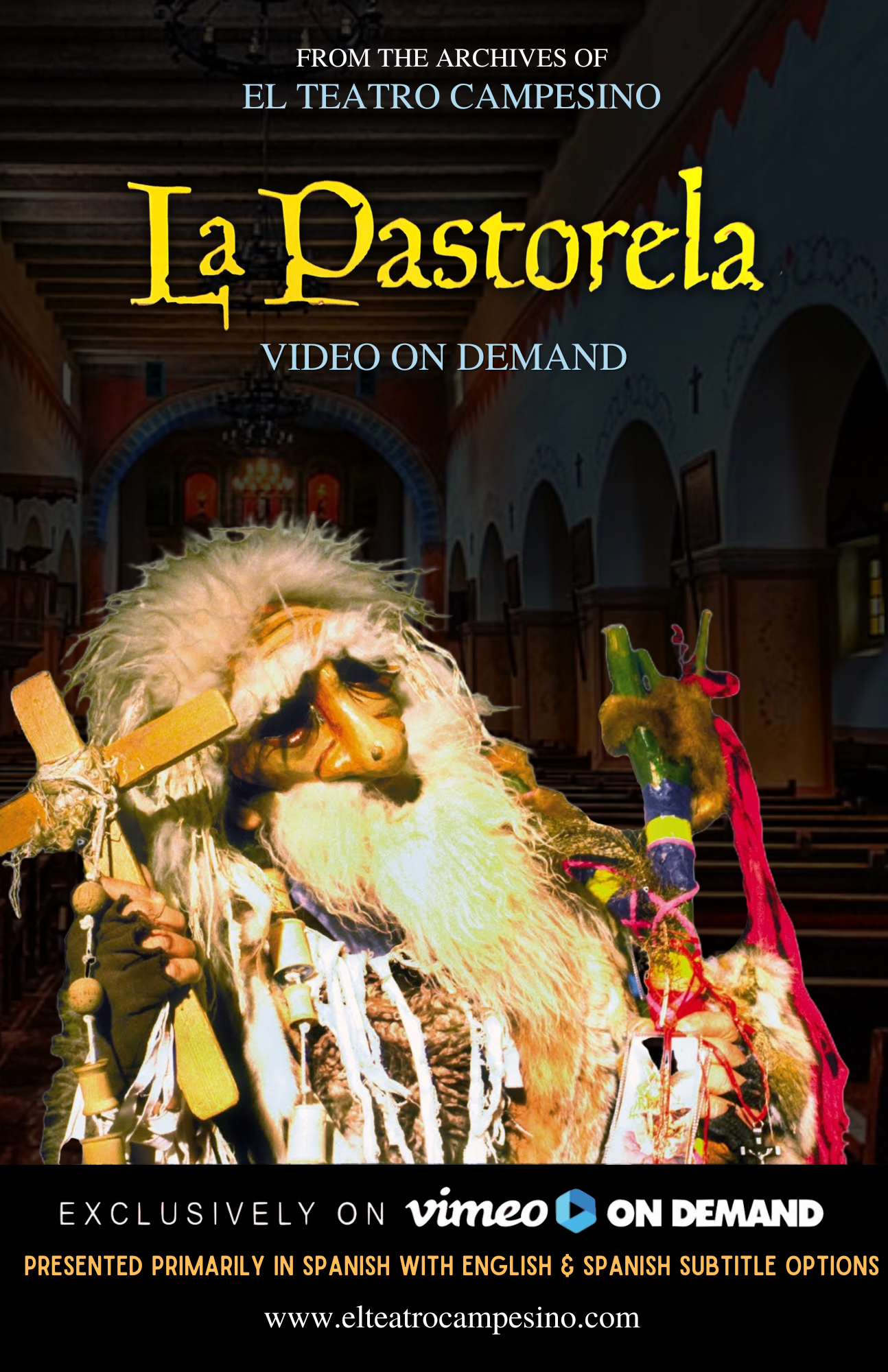 Visit the Vimeo Rental Page and click “RENT” and enter one of the following codes to choose a pricing option that works best for you.

Spanish Radio Adaptation can be listened to online or through special radio broadcasts this holiday season! 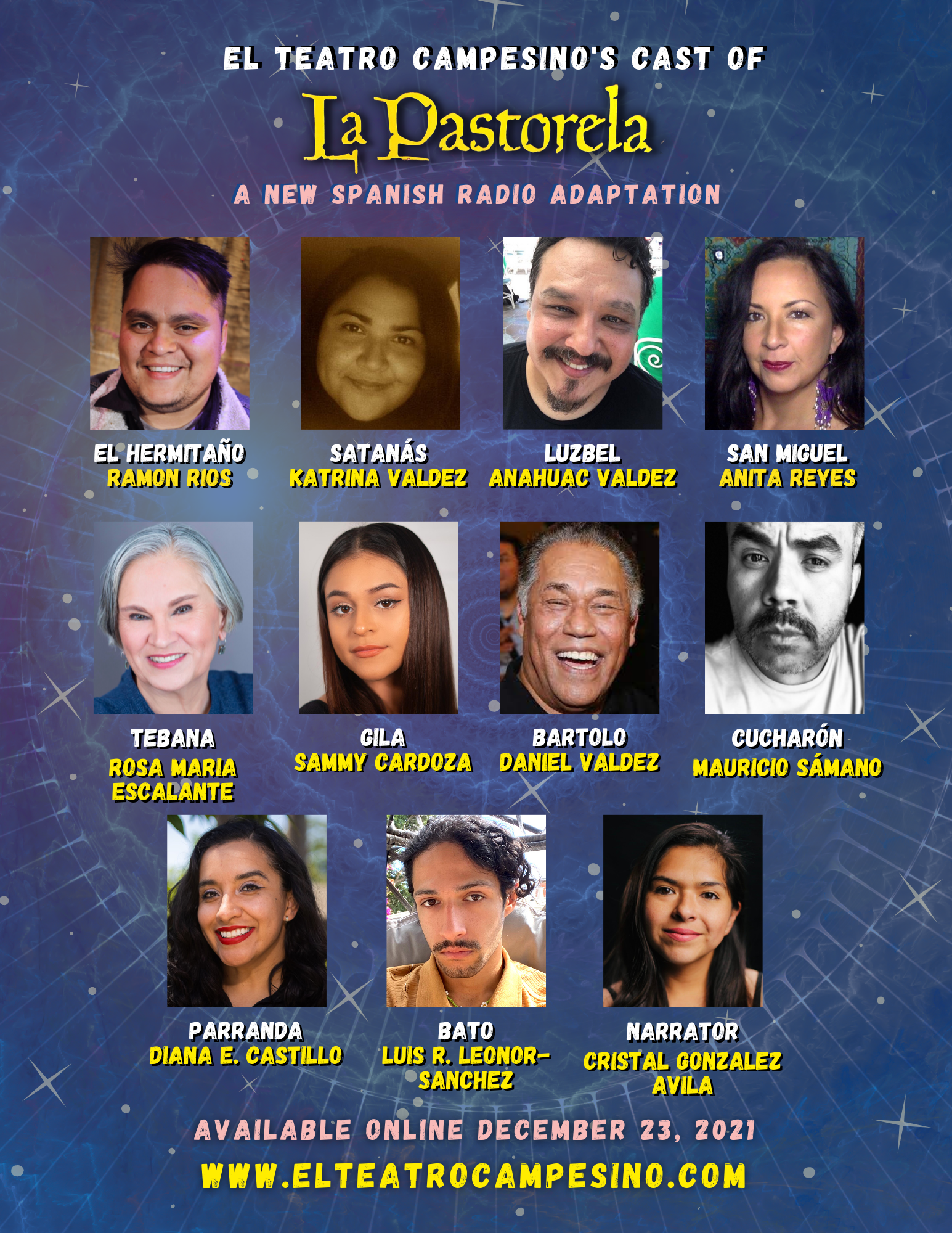 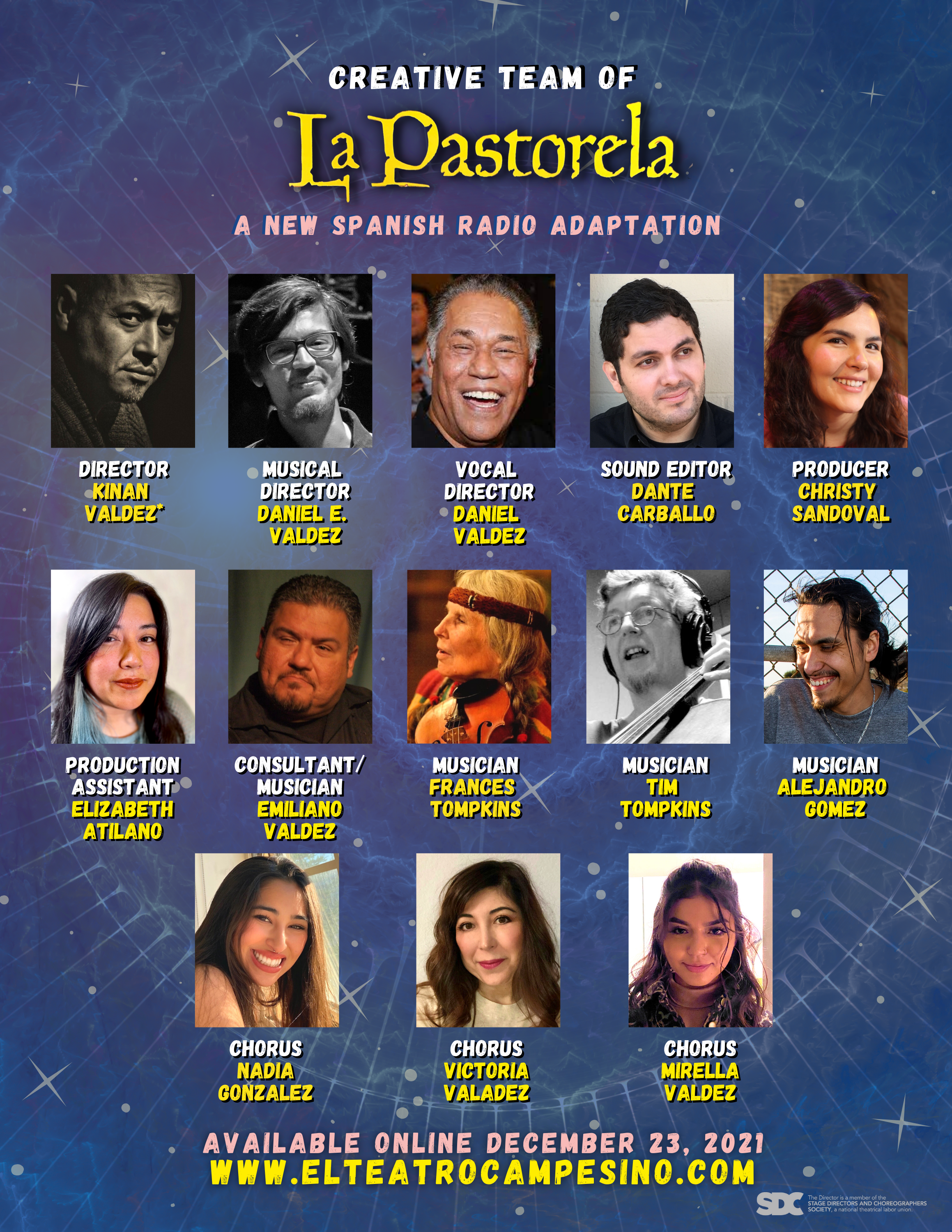