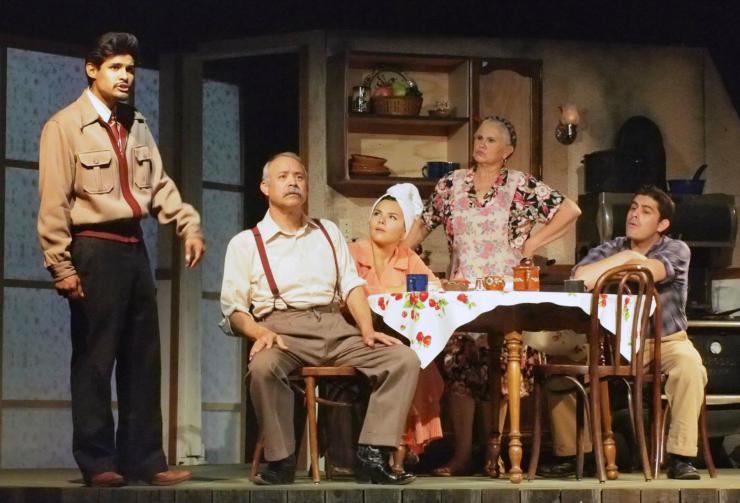 La Esquinita is a new series that serves as a production notebook for Latina/o designers and artisans working on stages across the nation. In La Esquinita, designers and artisans share their process and production work, plus overall thoughts on dynamic collaboration. This series will provide glimpses of the off-stage world where you will find these master artisans, technicians, and designers remembering and retelling their experiences in creating the evocative theatrical landscapes we see today. Welcome to our corner!

Like my mother and father, I use everything that I find, and sometimes by a miracle, it finds me! —Lupe Valdez 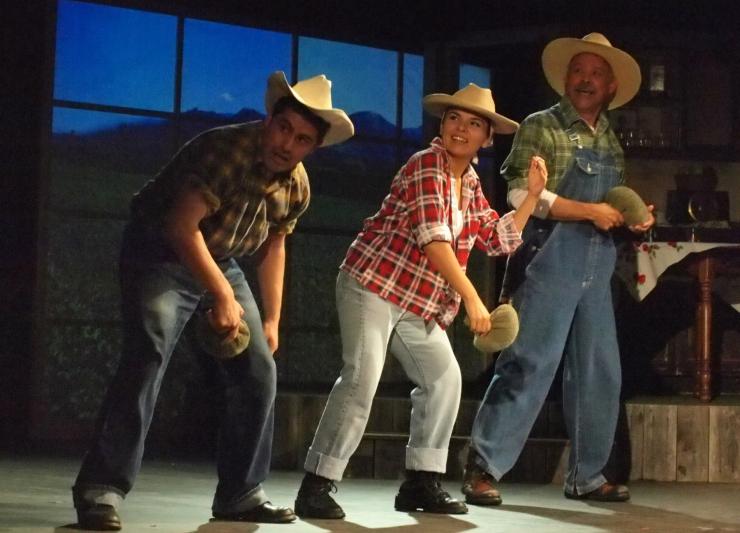 (Left to right) Eduardo Esparza, Christy Sandoval, and Gustavo Mellado in Valley of the Heart. Photo by Robert Eliason. 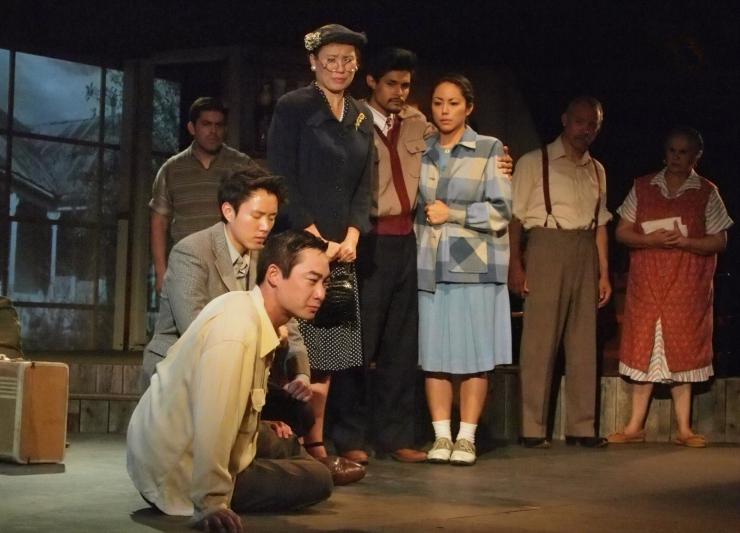 Inspiration for costume design for Valley of the Heart:

“With little or no money for costume design, my aesthetic and that of El Teatro Campesino, is ‘use what you have.’ We recycled and up-cycled before it was relevant and a necessity! I’m a thrift store junkie, and a collector of period pieces from every conceivable era gathered through the years—a real arsenal of costume gems.

For Valley of the Heart, I used my parents as my inspiration for the design. They were still young campesinos in the ’40s. No matter how poor, I remember seeing my father dress himself in his dark pin stripe suit every Sunday morning for Mass; his calloused hands darkened by fieldwork. As a campesina, my mother would wear her khaki pants under her cotton dress for modesty. It was inconceivable just to wear pants for fieldwork! I remember fondly my mother making my clothes from the 100-pound cotton, flour sacks bought at the general store. My mother would even go so far as to use the cotton sacks to make our undergarments. In those days, the sacks came in various colors with wonderful design prints. Every Christmas, my father would kill a pig in our back yard, use the meat for tamales, the pig’s skin for chicharrones and the tripas to make blood sausage—using everything conceivable. Like my mother and father, I use everything that I find, and sometimes by a miracle, it finds me!” 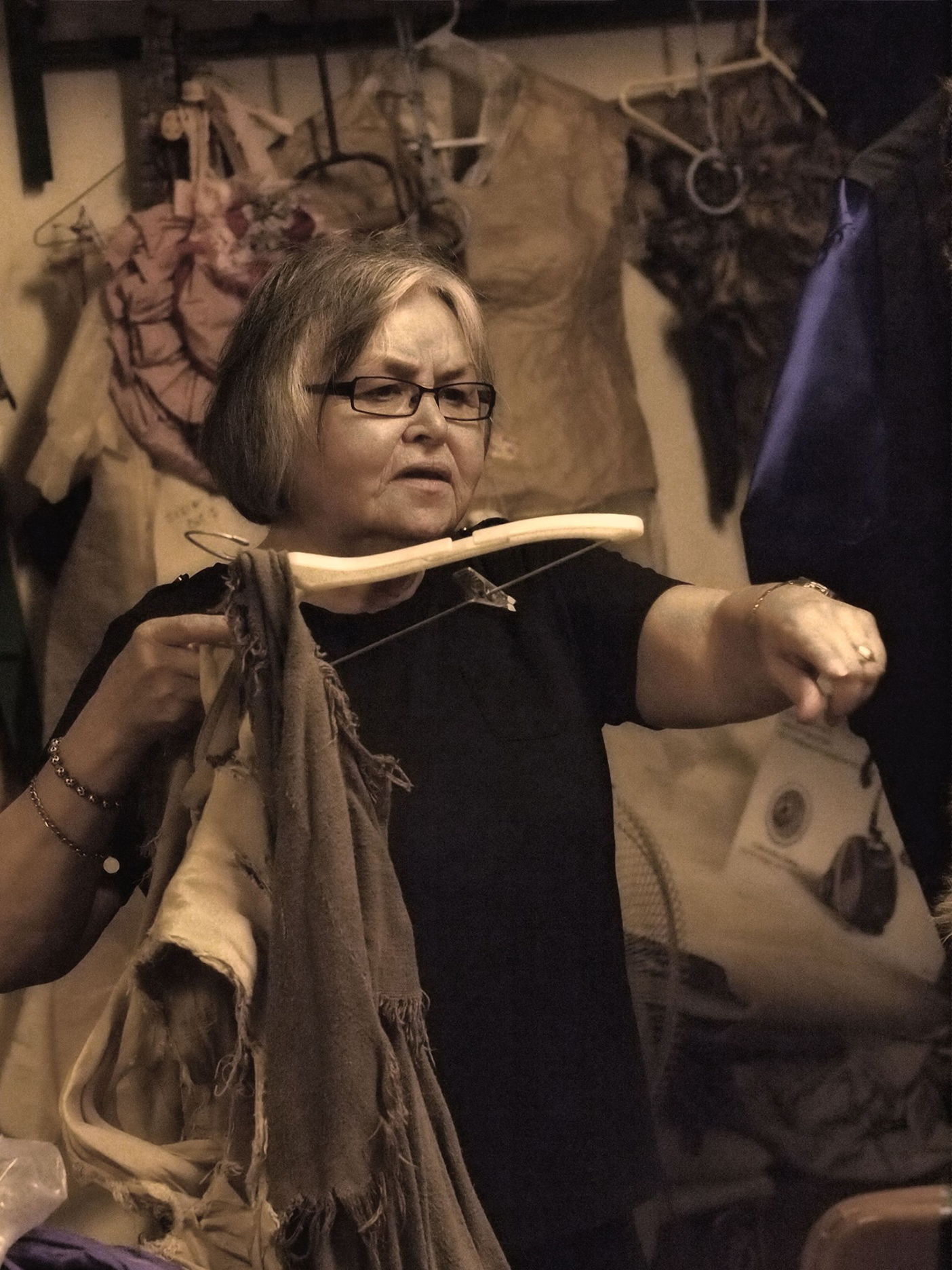 Lupe Trujillo Valdez joined El Teatro Campesino in 1968 as a young Chicana Activist after graduating from Fresno State University. She originated the iconic role of “Miss Jimenez” in Los Vendidos in 1968, and played the role of “Lupe” in the ETC production of The Shrunken Head of Pancho Villa in 1969. She then married Luis Valdez in 1969 and is the proud mother of their three sons Anahuac, Kinan, and Lakin. After assisting other costume designers at ETC, Lupe designed her first shows in 2010, Simply Maria and Food for the Dead by Josefina López, co-directed by Christy Sandoval and Jillian Valdez.

She will design the world premiere of Valley of the Heart at San Jose Stage Company in 2016. 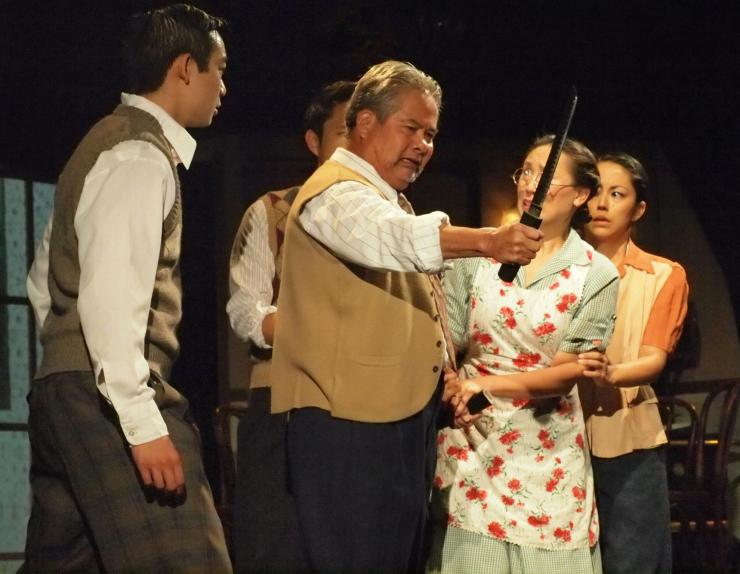 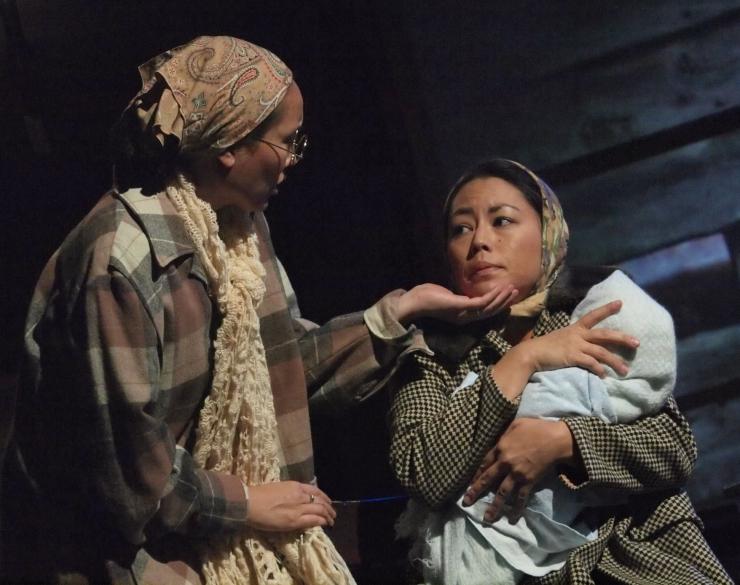 (Left to right) Christina Chu and Cara Mitsuko in Valley of the Heart. Photo by Robert Eliason.