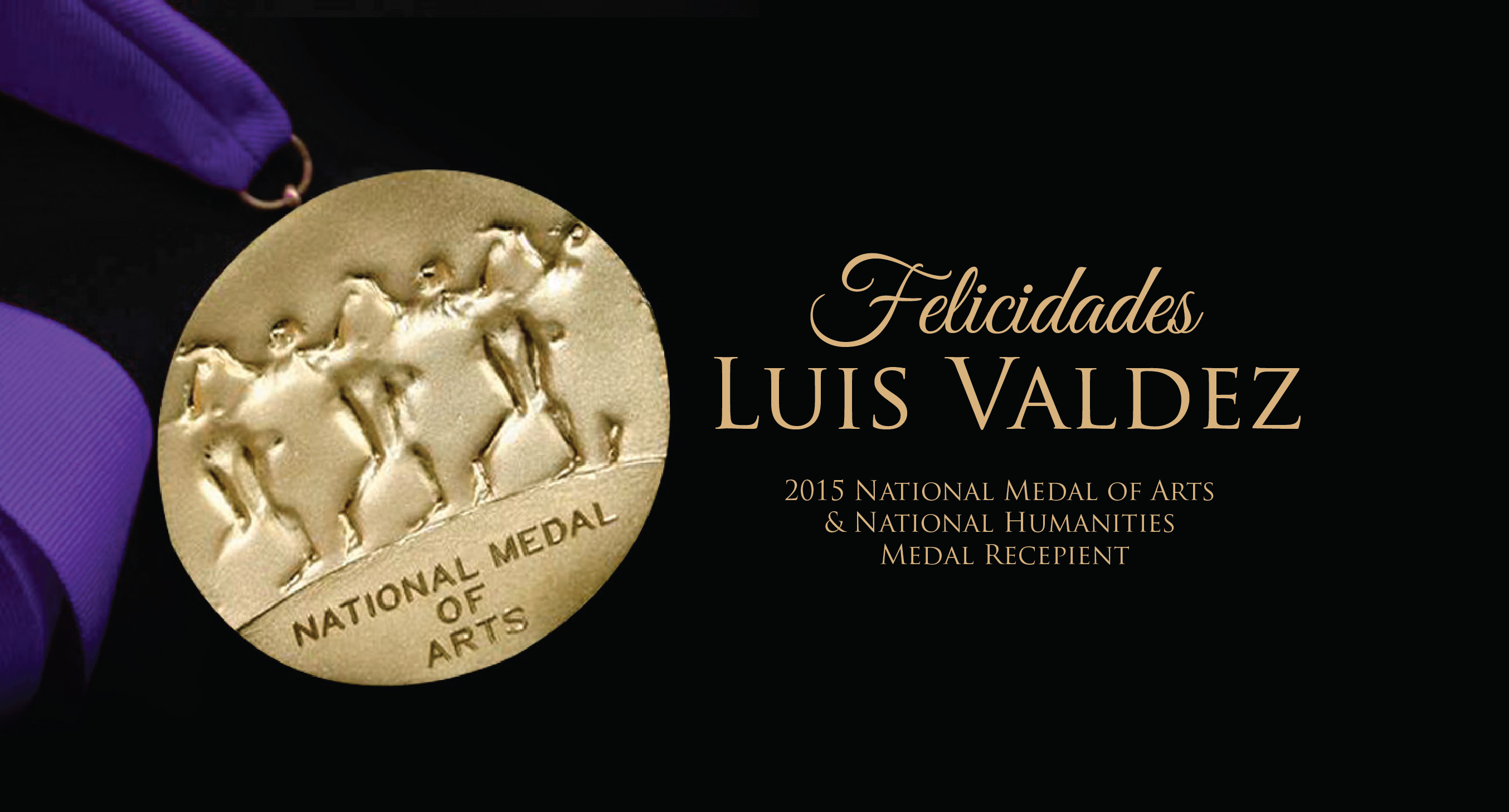 We are proud to announce that Luis Valdez will be awarded the 2015 National Medal of Arts and National Humanities by President Obama for bringing Chicano culture to American drama.

The NEA has awarded more than $5 billion to support artistic excellence, creativity, and innovation for the benefit of individuals and communities. Through partnerships with state arts agencies, local leaders, other federal agencies, and the philanthropic sector, the NEA supports arts learning, affirms and celebrates America’s rich and diverse cultural heritage, and extends its work to promote equal access to the arts in every community across America.

Earlier this year Luis Valdez was named one of 683 new members of the The Academy of Motion Picture Arts and Sciences. He’s joined by 90 other directors in the Academy’s 2016 class. As a playwright, actor, writer, and director, Valdez continues to break barriers by illuminating the human spirit in the face of social injustice through award-winning stage, film, and television productions.