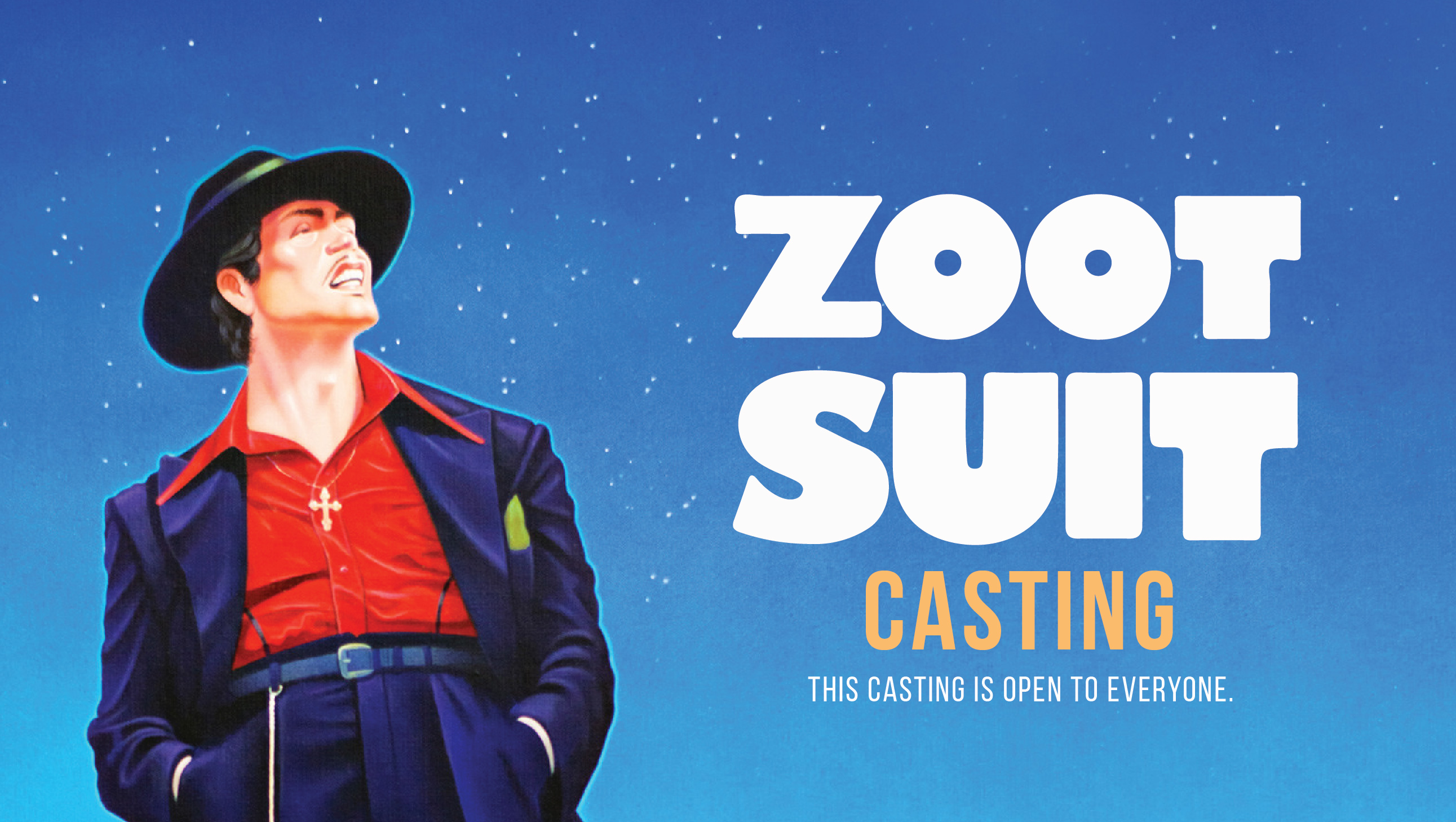 El Teatro Campesino and Center Theatre Group are currently Casting for Zoot Suit.  The directors are looking for all roles to be filled.

This casting is open to everyone.  El Teatro Campesino has hired MOC Casting for recruiting candidates for the suitable roles.

Interested actors can send head shots and bios to zootcasting@gmail.com

Zoot Suit tells the story of Henry Reyna and the 38th Street Gang, who were tried for the Sleepy Lagoon murder in Los Angeles, during World War II. After a run-in with a neighboring gang at the local lovers lane, Sleepy Lagoon, the 38th Street Gang gets into a fight at a party, where a young man is murdered. Discriminated against for their zoot suit-wearing Chicano identity, twenty-two members of the 38th Street Gang are placed on trial for the murder, found guilty, and sentenced to life in San Quentin prison. Meanwhile, in Los Angeles, Henry’s brother Rudy is beaten and stripped of his zoot suit during the Zoot Suit Riots.

Through the efforts of George and other lawyers, as well as activist-reporter Alice, with whom Henry has a brief romantic encounter, the boys win their court appeal and are freed. The play ends with a Renya family reunion as Henry returns home and Rudy is about to leave to join the Marines. The scene suggests that it is not the happy ending we expect, however, as multiple endings of Henry’s story are suggested: that he returned to prison and drug abuse, died in the war in Korea and was awarded the Medal of Honor posthumously, or married Della and had five children.